It was thirteen years ago today that we set Open up with the express intention of bringing people together to change the world. And since then, we think it’s fair to say that the company has done a lot of good for the UK charity sector.

We pioneered mobile giving launching regular text donations and recruiting a great many new, younger donors in the process. We kicked off the virtual events market with British Heart Foundation’s MyMarathon. We did the same with subscription products. And value-exchange. We invented and bankrolled I Wish I’d Thought Of That. We help benchmark over £1.5bn of charity income. And our alumni are scattered across the sector – at charities, at other agencies and at their own agencies.;

Plus we’ve given away just shy of half a million pounds in cash to causes we care about – and a great deal more in pro-bono work.

It’s been quite a ride. But as we enter our teenage years, we know we need to do better.

Because if you cast a less self-satisfied eye over our potted history, you could say that much of what Open has done was just using new-ish technology to do things the sector had been doing for decades. We took what already worked, targeted people who already gave and made the experience a bit slicker and a bit easier.

And while we were having fun changing the world with these tactics, the world changed in a pretty fundamental way. And we – both Open and the sector we exist to serve – are still catching up.

I’ll spare you yet another iteration of the ‘new generation coming of age during a period of unprecedented technological change’ spiel. Suffice to say that audiences, channels and expectations have been transformed and we face an uphill struggle to adapt.

Fundamentally, the digital revolution means that most people now expect levels of choice, control, convenience and transparency that are at odds with what most charities have to offer.

The once-thrilling idea of free, fast and perfectly personalised digital interaction with our supporters has morphed into the overwhelming complexity of creating, managing and measuring multi-platform communication programmes. And into that vacuum has surged a small cartel of staggeringly powerful Silicon Valley companies who increasingly control not only our channels but the data coming through them and access to ‘our’ audiences.

And that’s before we factor in the way that digital communications have pretty much destroyed the distinction between ‘brand’ and ‘response’ without, sadly, destroying the structures and silos that were built around them.

So we spend vast amounts of time and money on CRM systems that, theoretically, can help us overcome these challenges – the problem being that very few of us really know how to use them.

It appears that a number of commercial organisations are doing a great job on this front. From shameless woke/green-washing through to some clearly worthwhile projects, capitalism has dressed itself in our clothes and is doing great business telling the world that they’re the ones who are going to fix everything. And they’re doing this with bigger budgets than us – for boards that are happy with much narrower margins.

And even when they’re not trying to muscle-in on ‘our’ market, they’re certainly doing a better job of taking people’s money.

When we devote so much time, effort and money to persuading people to give, it seems obvious that when they say ‘yes’ we should shut up and take their cash as quickly as possible. But it’s something that – as a sector – we’re unforgivably bad at.

While our commercial counterparts have been doing everything humanly possible to reduce the distance between clicking ‘buy now’ and ‘order complete’, we seem to take a perverse joy in making our supporters fill in forms and tick boxes. And as a consequence, millions – potentially billions – of pounds of world-changing donations are left on the digital table.

But enough moaning and self-flagellation. You’ve heard all this before. More than once, probably, if you’ve ever worked with us.

What we need to do now is fix things.

That’s why, as Open embarks on its teenage years, we’ve devoted ourselves to a very simple task – to grow the market for UK charities. Not by wringing a few extra pennies or fractions of a percentage point out of our existing models but by inspiring new people to give in new ways.

On the face of it, that shouldn’t be too hard. The millennial generation now gives more than any other – just not in ways that suit our well-established and well-worn models.

Yes, it would be nice if everyone just signed up for a Direct Debit and took our upgrade calls, but they don’t. So we need to stop trying to force people through the sausage machine and focus on delivering the communications and the experiences that they actually want.

In order to do that we need audience insight – which Open is determined to deliver both commercially and as part of our role as good sector citizens. We’ve done a pretty good job of sharing knowledge with Charity Benchmarks, but now we need to focus on the people behind those big numbers and identify exactly what makes them tick.

That also involves bringing diversity of background, of culture and of thought into our organisation. We’ve already made some progress on that front through our recruitment, our mentoring and our intern programme. But we need to do more – not just because it’s the right thing but because it’s the commercial and strategic thing to do.

“As Open embarks on its teenage years, we’ve devoted ourselves to a very simple task – to grow the market for UK charities. Not by wringing a few extra pennies or fractions of a percentage point out of our existing models but by inspiring new people to give in new ways. ”

Of course, all this insight will be useless without the ability to apply it – which in most cases means delivering a simple, engaging online experience and then (where appropriate) taking the money.

And on that front, we have a secret weapon that we need to make less secret.

Our sister company, Open Mobile Global, has processed over a hundred million pounds in donations through its beautifully frictionless, supporter-oriented systems. We can embed it anywhere online and, as we’ve proven around the world, we can make it part of a range of IRL experiences. We have, as they say, the technology.

But over the coming months and years you’ll see us building out from that beautiful payment tech to deliver new user experiences that will inspire more people to click that ‘give now’ button – and follow up with consent instead of vanishing forever into the digital ether.

In short, we have some big plans. And as an organisation founded to promote collaboration, we know that we don’t stand the first chance of doing this stuff alone. We need more brilliant people in our team, we need partners and, let’s be frank, we need ambitious clients who also want to find a route off the burning platform and into the sunlit uplands of... well you get the picture.

So if you’d like to be part of our plan – whether as a charity looking to generate great ideas or an individual who’s full of them – then please do get in touch. We’re always looking for smart people to work with and we’re in the process of putting together a coalition of sector leaders and thinkers to help drive growth in 2022 and beyond.

Like I said, we exist to bring people together. And we’d love it if you were one of them. 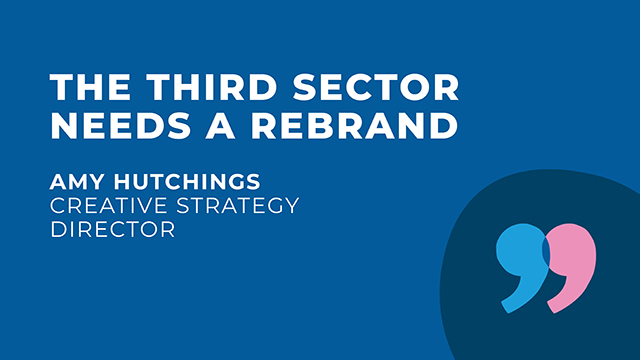 With the lines between profit and purpose rapidly blurring, Amy looks at the opportunities, and how clarity could be key in determining the success of the sector. Read more 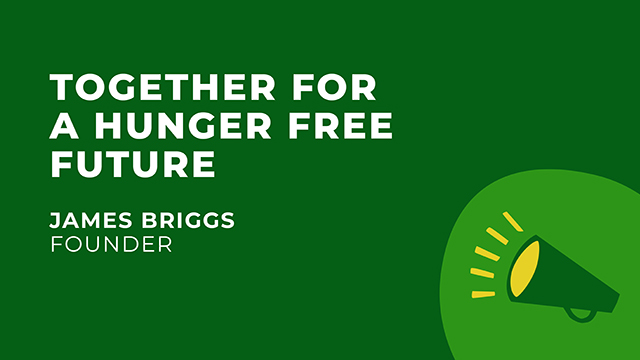 We’re a competitive bunch at Open and we love winning pitches. But we were especially happy last week when the team at the Trussell Trust told us that they’d chosen us to be part of their mission to end the need for food banks. Read more